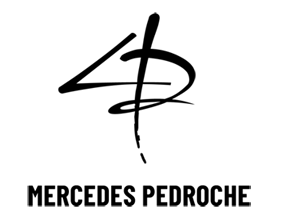 She begins her professional journey as a performer in 1995 under the direction of the spanish musician and composer Nacho Cano, in the “A world separated by the same God” musical tour. She has moved within a number of different dance environments at the hands of contemporary dance choreographers such as Ángela Rodríguez, Ramón Oller, Sol Picó, Chevi Muraday, Juan de Torres, Daniela Merlo, Stephan Boko and Richard Siegal. She has also worked in musical theater (“Grease”, “Peter Pan”, “La Magia de Broadway”), films (“20 centímetros”, “Los Manager”, “Una hora más en Canarias”), commercials, and for spanish and italian television (TVE1, A3, Tele5, RAI1- Italy, Mediaset-Italy).

She has combined the creation of contemporary dance pieces with commissioned choreographic designs for films and corporate events such as the Opening Ceremony of the IX South American Games Medellín 2010 (Colombia), the Opening and Closing Ceremonies of the 55th San Sebastian International Film Festival, the show Cutty Sark/ Shanghai-London, the Ceremony of the Efficiency Awards and several works for companies (Ericsson, Randstad, Energy System, Axe, Balay, RTVE). Under the direction of the filmmaker Manuel Palacios she collaborates as a choreographer and performer in the documentary “Sin vendas en la memoria”/ No more bandages in our memory, commissioned by the Basque Government as a tribute to the victims of terrorism.

Between 2010 and 2016 she has developed her professional work in Colombia as a professor in the Bachelor of Dance at the Universidad de Antioquia/ Medellín and also directing ÁRBOL, a creation and training platform that promotes interdisciplinary links and performances in museums and public spaces of the city. She has also been a member of the jury of the Dance Creation Aids of the Instituto Distrital de las Artes de Bogotá and the Ministry of Culture of Colombia.

She currently lives in Madrid where she continues with her creation and teaching projects. In 2021 she has been selected as a resident company at the Canal Choreographic Center, where she is developing her new creative process “Terrario [La tierna indiferencia del mundo]” / Terrarium [The tender indifference of the world]. This project has also received support as a resident company in the Espai de Creació L´Obrador (Tarragona) where it will carry out its next residency.